Igor’s tip of the week #27: Fixing the stack pointer

As explained in Simplex method in IDA Pro, having correct stack change information is essential for correct analysis. This is especially important for good and correct decompilation. While IDA tries its best to give good and correct results (and we’ve made even more improvements since 2006), sometimes it can still fail (often due to wrong or conflicting information). In this post we’ll show you how to detect and fix problems such as: 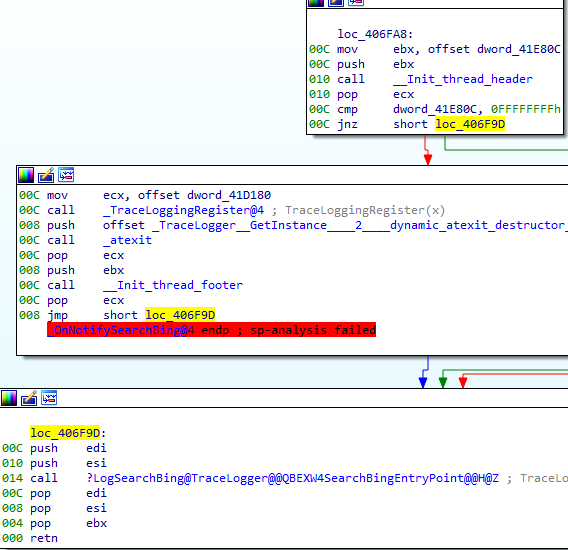 “positive sp value has been detected” 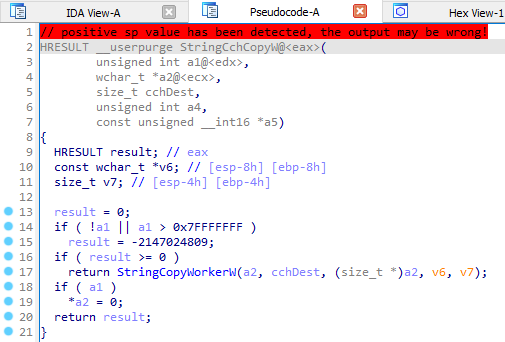 Both examples are from the 32-bit build of notepad.exe from Windows 10 (version 10.0.17763.475) with PDB symbols from Microsoft’s public symbol server applied.

Note: in many cases the decompiler will try to recover and still produce reasonable decompilation but if you need to be 100% sure of the result it may be best to fix them.

Detecting the source of the problem

The first steps to resolve them are usually:

To detect “unusual changes” we first need to know what is “usual”. Here are some examples:

In the first example, we can see that loc_406F9D has the SP delta of 00C and the first jump to it is also 00C, however the second one is 008. So the problem is likely in that second block. Here it is separately:

We can see that 00C changes to 008 after the call to _TraceLoggingRegister@4. On the first glance it makes sense because the @4 suffix denotes __stdcall function with 4 bytes of arguments (which means it removes 4 bytes from the stack). However, if you actually go inside and analyze it, you’ll see that it does not use stack arguments but the register ecx. Probably the file has been compiled with Link-time Code Generation which converted __stdcall to __fastcall to speed up the code.

In the second case the disassembly looks like following: 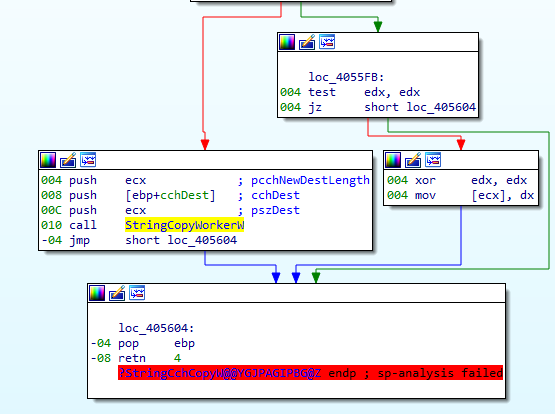 Here, the problem is immediately obvious: the delta becomes negative after the call. It seems IDA decided that the function is subtracting 0x14 bytes from the stack while there are only three pushes (3*4 = 12 or 0xC). You can also go inside StringCopyWorkerW and observe that it ends with retn 0Ch – a certain indicator that this is the correct number.

How to actually fix the wrong delta depends on the specific situation but generally there are two approaches:

This simple example shows that even having debug symbols does not guarantee 100% correct results and why giving override options to the user is important.