In order to provide our customers with the best user experience and in order to target many different platforms, the IDA Pro graphical user interface is currently being rewritten using the Qt technology.
Qt (pronounced “cute”) is a cross-platform application and UI framework and the Win32 VCL-based IDA Pro interface is being ported to it. The goal is to provide all the features available in the current GUI while maintaining the maximum compatibility with plugins and other external modules.
Here is a screenshot of the current build of idaqt running on Ubuntu: 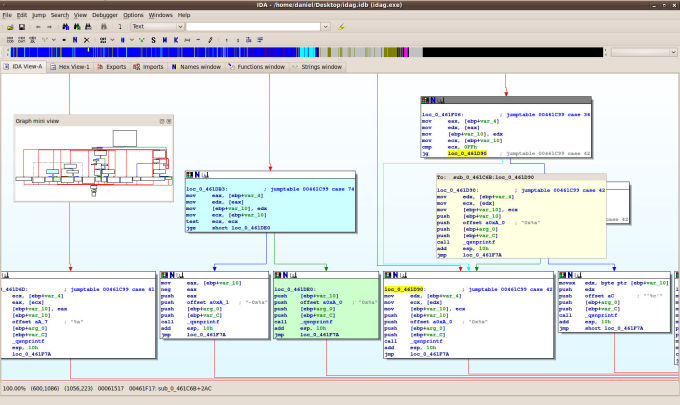 You can click on the images to enlarge them.

From the first version idaqt will include a fully functional graphing, which is, as it is possible to notice from the screenshot, already implemented. The same is true for hints, navigation band and all other advanced IDA Pro features. 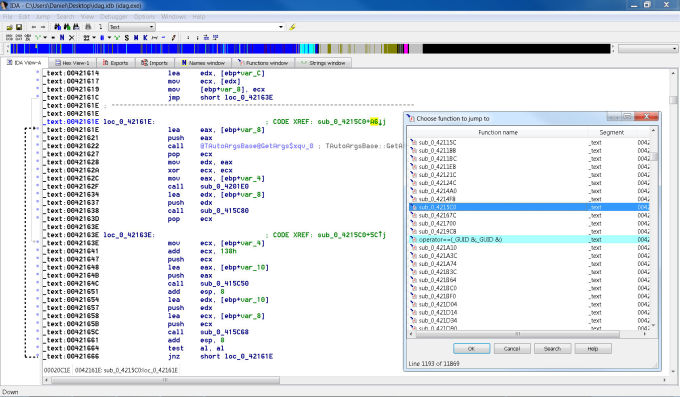 This is idaqt on Windows 7. The text view looks exactly the same and all other features like choosers and forms will be available with no exception on all supported platforms. 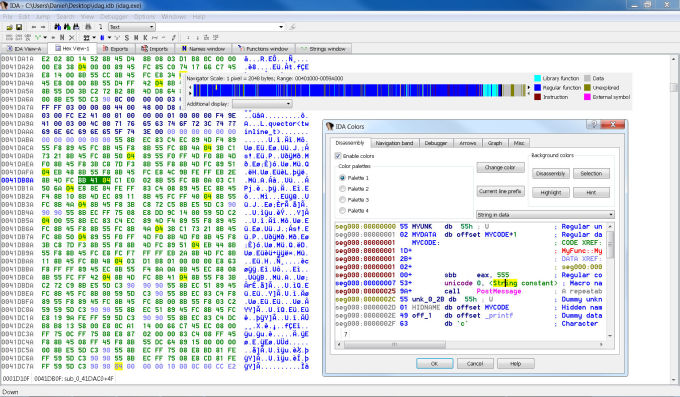 The full range of options and customizations which the Win32 interface provides will be available as well.
As you can see, apart from the still to be implemented docking, the new interface looks pretty much the same as the Win32 one.
Not only will it be possible to deploy the same native graphical interface to Windows, OS X, Linux and other platforms which in the future may become popular, but the quality of the user experience and the further development capabilities will be hugely increased thanks to an advanced framework such as Qt.
Although idaqt is going to replace the current GUI completely, for some time they will be deployed together in order to fix any incompatibility issues and to give third party developers the necessary time to thoroughly test their products against the new interface.