This is a bugfix release, fixing various minor issues in the original 6.4 release.

New instructions for the PC module 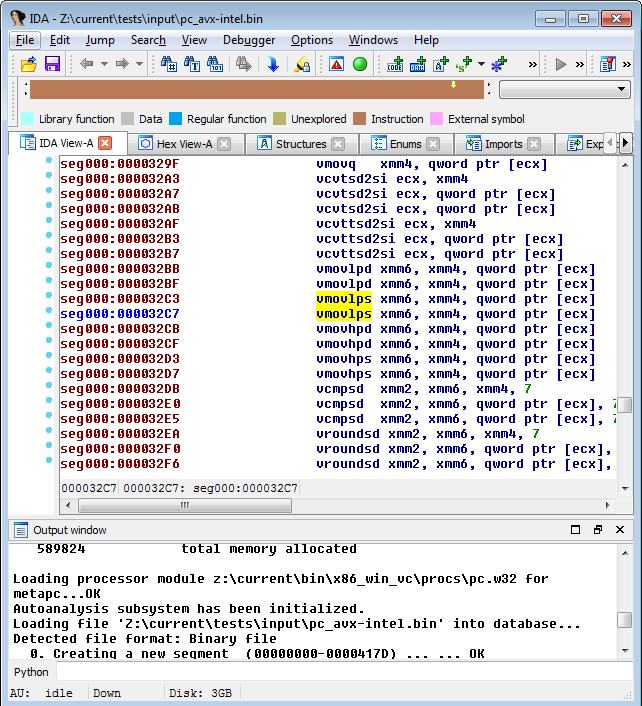 DWARF debugging info is used by GCC and many other compilers. We added support for it: now IDA can import not only the symbol names, but also the type information. Source-level debugging is possible too (x86 only). Currently only ELF and Mach-O for x86, x64 and ARM are supported but we plan to extend the list. Because there are quite many DWARF-producing compilers & tools, your favourite platform might not be supported yet, so be sure to let us know if you use it with other formats or processors!

PIN is a dynamic instrumentation framework from Intel. We have made a debugger module that uses it for tracing and debugging. Since it does not use the regular debugging APIs, it avoids many of their problems. Also it is much faster for tracing the execution.

We took our time to address many of the minor feature requests and annoyances to improve usability. For example: