The Functions list is probably one of the most familiar features of IDA’s default desktop layout. But even if you use it every day, there are things you may not be aware of. 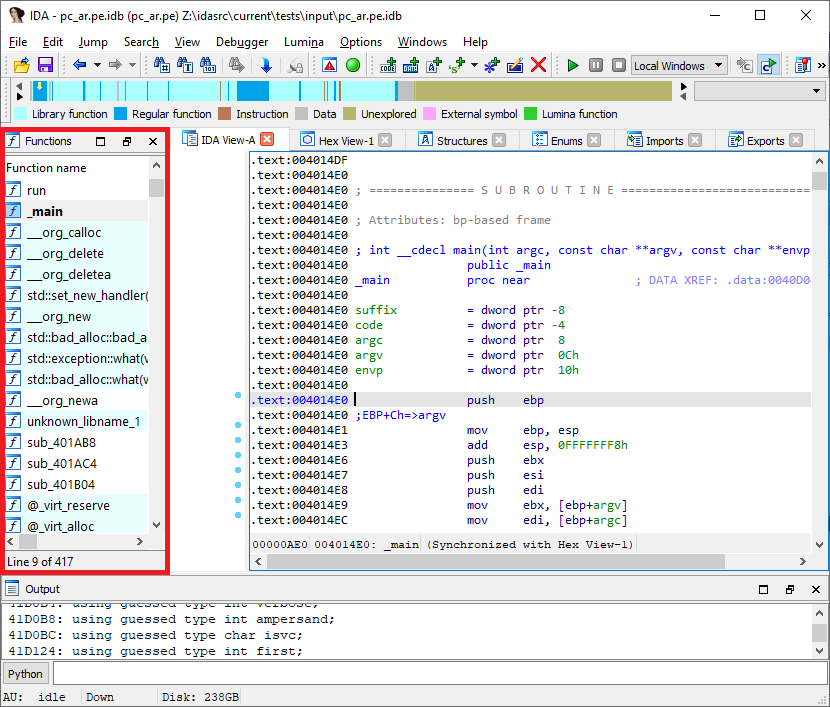 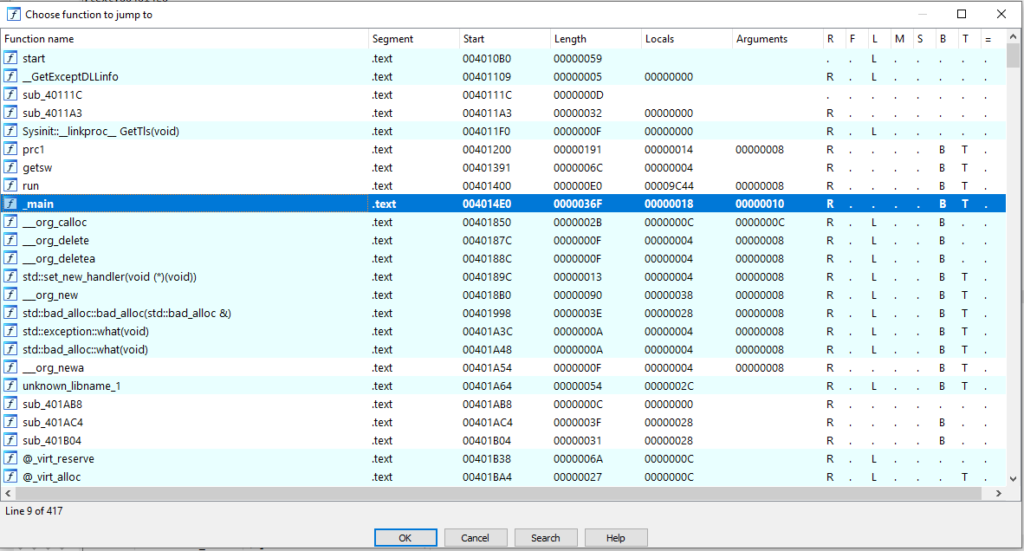 Available via Jump > Jump to function… menu, or the Ctrl–P shortcut, the modal dialog lets you see the full width of the list as well as do some quick navigation, for example:

As can be seen on the second screenshot, the Functions list has many more columns than Function name which is often the only one visible. They are described in the corresponding help topic. By clicking on a column you can ask IDA to sort the whole list on that column. For example, you can sort the functions by size to look for largest ones – the bigger the function, the more chance it has a bug; or you may look for a function with the biggest Locals area since it may have many buffers on the stack which means potential overflows.

If you sort or filter the list, you may see the following message in the Output window:

Because sorting requires the whole list, IDA has to fetch it and re-sort on almost any change in the database since it may change the list. On big databases this can become quite slow so once you don’t need sorting anymore, it’s a good idea to use “Unsort” from the context menu.

The list can be synchronized with the disassembly by selecting “Turn on synchronization” from the context menu. Once enabled, the list will scroll to the current function as you navigate in the database. You can also turn it off if you prefer to see a specific function in the list no matter where you are in the listing. 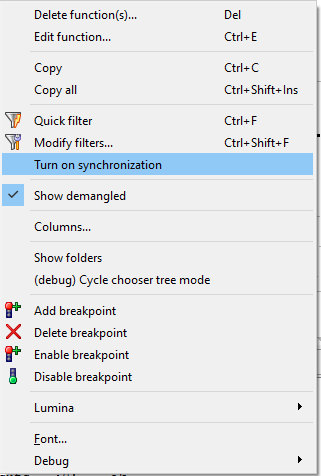 Since IDA 7.5, folders can be used to organize your functions. To enable, select “Show folders” in the context menu, then “Create folder with items…” to group selected items into a folder.

Some functions in the list may be colored. In most cases the colors match the legend in the navigation bar:

But there are also others:

You may also see functions marked in bold. These are functions which have a defined prototype (i.e types of arguments, return value and calling convention). The prototype may be defined by the user (Y hotkey), or set by the loader or a plugin (e.g. from the DWARF or PDB debug information).

By selecting multiple items you can perform some operations on all of them, for example: